The five secrets of how to be a bad boss 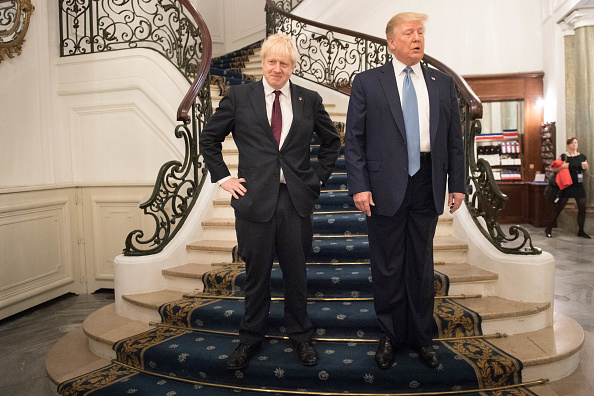 Boris Johnson and Donald trump are good examples of leaders who run a court rather than an executive office. Picture: STEFAN ROUSSEAU-POOL/GETTY IMAGES

The other day I was sorting my bookshelves while listening to yet another news broadcast about Boris Johnson’s imploding premiership when I came across a slim volume on How to Be a Bad Emperor, a selection of Suetonius’s Lives of the Caesars repurposed by Princeton University Press as a self-help book — or rather, as an anti-self-help book.

Suetonius was the best chronicler of Roman leaders from Caesar to Domitian because he dispensed with conventional hagiography and instead provided warts-and-all portraits that focused more on the warts than the all. As an Eton and Oxford-educated classical scholar, Johnson will be familiar with his writings.

The Princeton edition cleverly reproduces the choicest bits of Suetonius’s writings — and they are very choice indeed — under several anti-self-help headings. Ignore bad omens ... and your wife. (Julius Caesar scoffed at the warning to “beware the Ides of March” as well as ignoring his wife’s advice.) Spend all your time at your resort. (Tiberius indulged himself in his holiday resort in Capri in ways that would make Silvio Berlusconi blush.) Make your horse a consul (Caligula). Fiddle while Rome burns (Nero). 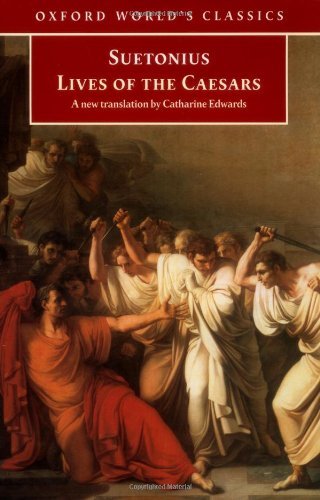 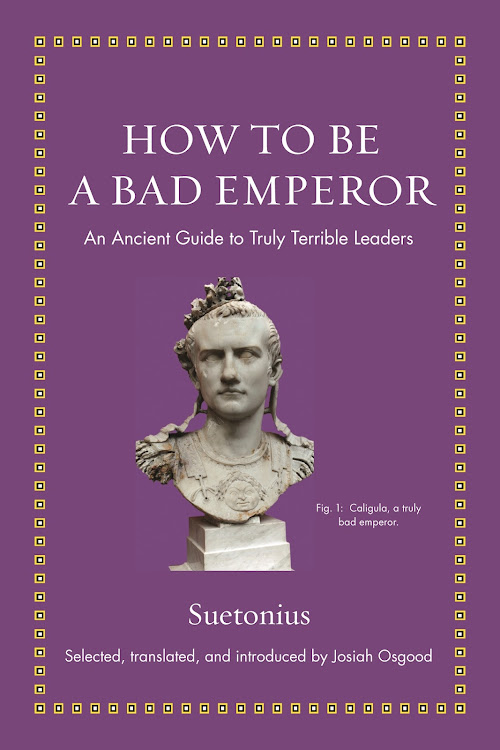 Reading Suetonius, I was struck not only by the differences between the ancient world and the modern one but also by the remarkable similarities. Democracy has imposed constraints on the powerful: Donald Trump’s drive to subordinate the Republican Party in his image did not extend to stabling a horse in the Senate.

But at the same time technology has liberated leaders to dream of colonising Mars and creating a virtual universe. The elementary flaws in human nature — narcissism, and naiveté, greed and selfishness — find ways of expressing themselves however much the world thinks that it is progressing.

What would a modern version of How to Be a Bad Emperor look like? Here are five rules on how to be a bad boss in today’s political and corporate world:

Run your organisation like a court. Asked what he wanted to do when he grew up, the five-year old Boris Johnson declared that he wanted to be “king of the world”. His current problems all stem from his predilection to run Downing Street like a court rather than an executive office. He appoints favourites to important jobs, plays factions off against each other and frequently defers to his wife, who is informally known as “Carrie Antoinette”. The various “Partygate” photographs display a king humouring his courtiers and the courtiers flattering the king. 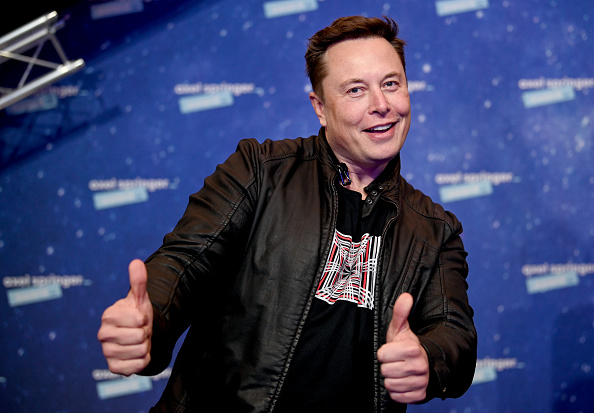 This pattern will be wearily familiar to Americans who saw Donald Trump bring the same style to US government. Oddly enough, a political revolution made in the name of the people against the elite has produced quasi-monarchical leaders on both sides of the Atlantic. And it is causing the same long-term problems in Britain that it did in the US: inappropriate behaviour; faction fighting; a decline in the quality of personnel; a poor record of delivery; and a mounting cycle of scandals.

Untether yourself from reality. The more successful businesspeople become, the more they abandon “the reality-based community” for a parallel world of their own making. They surround themselves with toadies and “yes men”, socialise exclusively with people like themselves and succumb to weird fantasies and obsessions. Brad Stone, the author of a book on Jeff Bezos, put it nicely in an interview with the New York Times: the world’s then richest man “doesn’t really live among us anymore”. 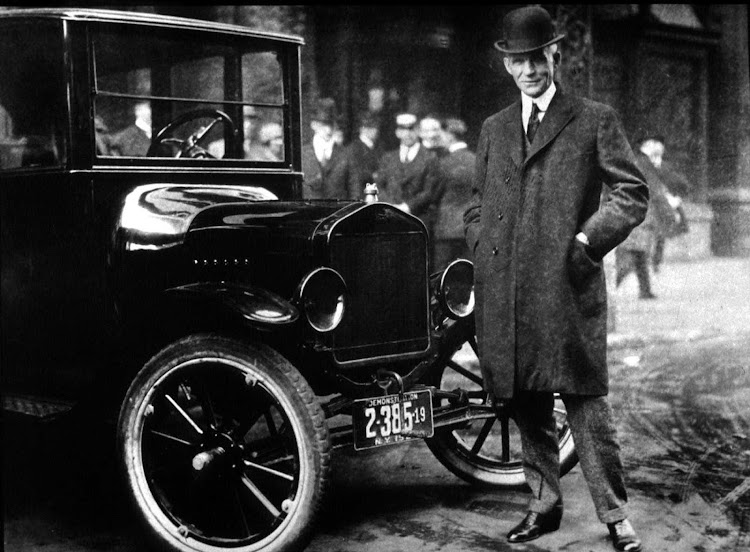 The best example of untethering has been provided by Henry Ford. Picture: GETTY IMAGES/HANDOUT

Despite Bezos’s best efforts, the best example of untethering is still provided by Henry Ford, who was arguably the greatest businessman of the 20th century and the worst boss. Ford owed his success to his focus on the needs of regular Americans: the people he hung around with as equals in the first 40 years of his life before he founded the Ford Motor Company.

Then success divorced him not only from the common man but from common sense. His refusal to acknowledge that cars are consumer goods as well as devices for getting you from “A” to “B” opened the door to General Motors. He pontificated on every subject under the sun, from the abhorrent (Hitler’s Mein Kampf singled out Ford’s anti-Semitism for special praise) to the merely cranky, such as reincarnation. For any of his underlings who dared to criticise him he had the same answer: “You’re fired.”

The most common form of untethering, though, is not megalomania but ideological groupthink. Today’s corporate captains, at least in the West, all sing from the same hymn sheet about sustainability, diversity, equity, globalisation and social responsibility, as if all these things are not only obvious goods, but also cost-free goods (“win-wins” as the cliché has it). Yet these bland phrases jar with the world that an enormous number of people inhabit, one in which energy prices are surging, nationalism is strengthening, and ethnic groups are fighting over the fruits of a stagnant economy.

Succumb to the latest management fad. The 1990s was the highwater mark of management fads when great fad factories, from business schools to consultancies to business publishers, produced a neverending cycle of fads that told companies first that they had to focus on quality (TQM) and then that they had to sack half their workers (re-engineering).

But even if the velocity of fad circulation has declined, the problem can still be serious, if not terminal. The most conspicuous example of the dangers of faddism is Unilever. During his long reign as CEO (2009-2019), Paul Polman tried to inject faddish ideas about “purpose” and “social responsibility” into the heart of everything that the consumer products giant did.

Though Polman boasts that Unilever delivered a 300% shareholder return during his time, his claims about doing well by doing good are hard to reconcile, first, with the better performance by Procter & Gamble and Nestle during those years and, second, with the trouble that the company currently faces. 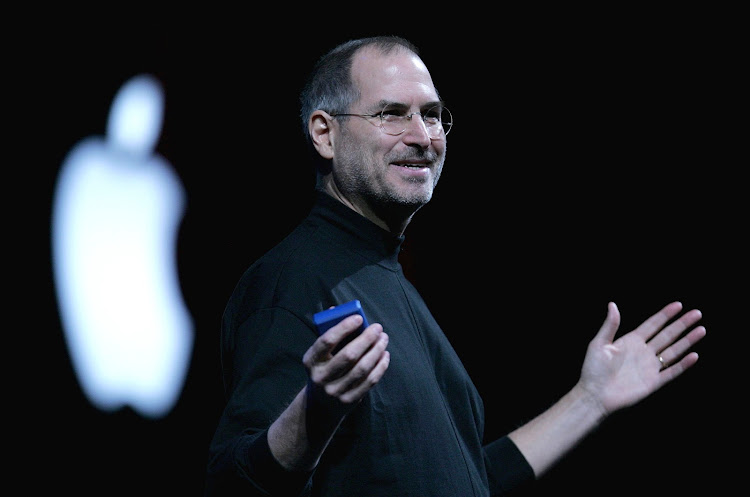 Steve Jobs mistreated everyone around him but nevertheless changed the world. Picture: JUSTIN SULLIVAN/GETTY IMAGES

Alan Jope, his chosen successor and co-devotee of the cult of purpose, is on the ropes. The fund manager Terry Smith has mocked the idea that Hellmann’s mayonnaise has to have a purpose other than garnishing salad. The activist investor Nelson Peltz is building a stake in the company. In the wake of its ill-conceived bid for GlaxoSmithKline’s consumer health division, the company obliged 1,500 employees to seek their purpose elsewhere by sacking them.

“It would make an interesting bet,” one leading banker told The Times, “who will go first, Jope or Boris Johnson.”

Drink the Silicon Valley Kool-Aid. Jim Jones’s Peoples Temple cult was based in San Francisco before its devotees moved to Guyana and committed collective suicide by drinking poisoned Kool-Aid in 1978. Today San Francisco and its environs are the centre of a new cult, of the deliberately obnoxious boss — less fatal to be sure, but troubling if not dangerous.

There is the jerk boss. Steve Jobs mistreated everyone around him but nevertheless changed the world. There is the crazy genius. Elon Musk spent half the earnings from his first start-up on a race car — and when he crashed it with Peter Thiel in the passenger seat, his response was to laugh maniacally about his failure to insure it. There is the twerp boss. Mark Zuckerberg posted an Instagram of himself hydrofoiling while waving a US flag and listening to John Denver’s Take Me Home, Country Roads (!). There is the bro boss: Travis Kalanick was famous for his wild partying when he ran Uber and Shervin Pishevar, one of Uber’s leading investors, was accused of sexual harassment. There is the fabulist boss: WeWork was in the rather humdrum business of selling short-term office space in cities but Adam Neumann, the six-foot-five former Israeli naval officer who ran it, managed to persuade investors, notably Masayoshi Son, that he was really selling “the future of work”, or a “physical social network” or even a “capitalist kibbutz”, as if such a thing might be desirable. 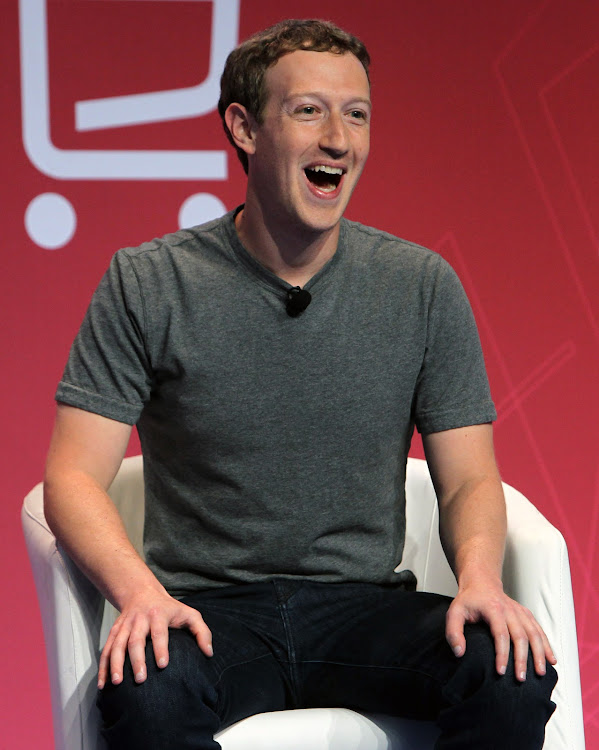 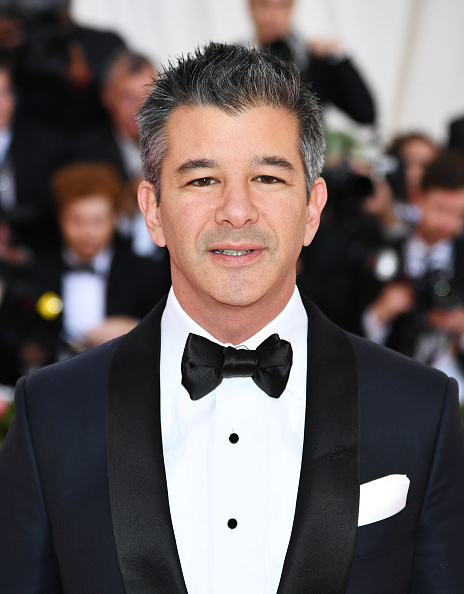 The antics of the tech titans and their imitators are sometimes so outrageous that they seem as if they come straight from the pages of Suetonius. Indeed, Zuckerberg is so infatuated with the Emperor Augustus that he spent his honeymoon in Rome (“all the photos are of different statues of Augustus”) and named his second daughter August. “Through a really harsh approach,” he told the New Yorker, “he established 200 years of world peace.”

Zuckerberg loved Latin at school (“very much like coding or math”). His sister, Donna, earned a PhD in classics from Princeton, and wrote a book on how misogynistic “alt-right” groups on the internet invoke classical history. A braver project would be an account of the lives of the tech emperors.

I have no doubt that these tech emperors have done more good than harm: you can’t change the world without being a bit odd. But the trouble is that too many people think that all you need to do is to imitate the peccadilloes of the successful — act the jerk like Steve Jobs or grow a Rasputin-style beard like Jack Dorsey — and you will be a business genius.

Innumerable metrics suggest that the problem of bad bosses is a big one. A Gallup survey in 2019 showed that half of  US workers had left their jobs to escape from a bad boss. (The Great Resignation would not have been so great if bosses had been better.) Numerous studies show that having a bad boss increases your chances of having a heart attack 50%.

The last thing we need is for more managers to make the problem worse by modelling themselves on Zack or Elon or Jack. In 99 cases out of 100, a jerk is just a jerk and a prat is just a prat.

Art world techniques have a place in business

Juhea Kim’s Beasts of a Little Land is a literary masterpiece of love and war, writes Monique Verduyn
Life
1 week ago

1.
The five secrets of how to be a bad boss
Opinion
2.
THERESE RAPHAEL: What living with Covid means
Opinion
3.
Federal Reserve running out of policy options ...
Opinion
4.
New Covid pills offer hope to the vulnerable
Opinion
5.
SHULI REN: Signs were there but Wall Street ...
Opinion

My Brilliant Career: Helping parents to help their kids play it safe online

How to balance your work and home responsibilities

Ferrari aims to hit its straps again with F1-75 challenger

1.
The five secrets of how to be a bad boss
Opinion
2.
THERESE RAPHAEL: What living with Covid means
Opinion
3.
Federal Reserve running out of policy options ...
Opinion
4.
New Covid pills offer hope to the vulnerable
Opinion
5.
SHULI REN: Signs were there but Wall Street ...
Opinion

My Brilliant Career: Helping parents to help their kids play it safe online

How to balance your work and home responsibilities

Ferrari aims to hit its straps again with F1-75 challenger