Lions make sweeping changes after four defeats on the trot 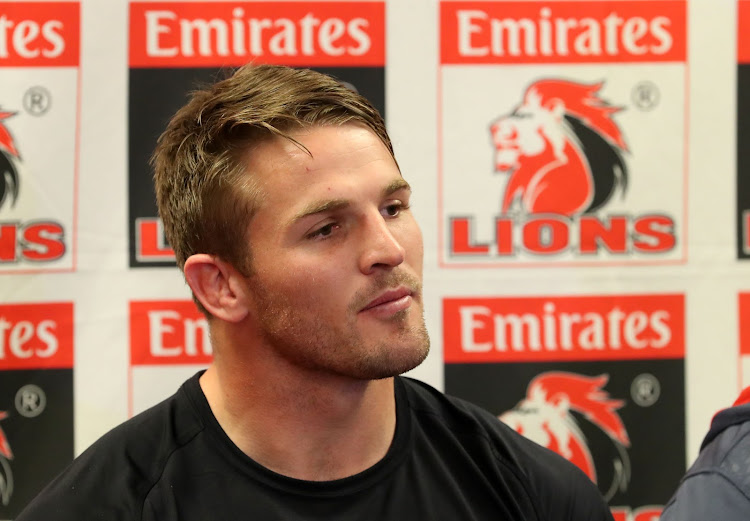 In performance the Lions have to be barely recognisable from the team that lost four successive United Rugby Championship (URC) matches when they meet Leinster in Dublin on Friday.

One way to bring about that sort of metamorphosis is to change personnel, and they went down that path by making eight adjustments to the team that lost to the Stormers.

Two of the changes are forced as Vincent and Emmanuel Tshituka could not resolve their visa issues, but elsewhere coach Ivan van Rooyen wielded the axe.

Junior Boks Ruan Venter (flank) and Quan Horn (fullback) are in the starting line-up which also features Jordan Hendrickse at flyhalf and Wandisile Simelane in midfield.

“It’s an extended opportunity for them to immerse themselves into our system and ultimately express their talent on the big stage,” said Van Rooyen of Horn and Venter.

Despite his side’s youthful look, Van Rooyen wants them to play with greater maturity than was the case in their four most recent matches. Though the Lions are not serial miscreants, playing a champion side such as Leinster on their home patch will require extreme levels of discipline if they wish to remain in the contest.

“We are now the best disciplined team in the competition in terms of penalties conceded,” said Van Rooyen. “I want to challenge that. To give yourself the best opportunity to beat Leinster at home you probably have to have a go at ruck time and at set piece, and not allow them to play with quick ball. It will be a fine balance for us pushing the boundaries to get the benefit but staying legal.

“We can’t hold guys back or not roll out of a ruck. We have to stay squeaky clean in terms of what we can control in discipline,” said Van Rooyen.

The Lions woke up to snow in Dublin on Thursday, and marked the occasion with obligatory social media snaps. There will be no snow at the RDS Stadium on Friday, but playing in 2°C with a stiff breeze is likely to be a challenge.

“It’s about experiencing new things and having the mindset of mentally stepping up,” said Van Rooyen.

Captain Jaco Kriel also recognised that the Lions will have to operate outside their comfort zone. “It is definitely a different challenge to playing in the southern hemisphere,” he said.

“We played Ulster last year. They showed they can keep the ball for multiple phases. Leinster are probably the best team in the competition at keeping ball through phases, irrespective of the weather.

“It has not been a great start to the year for us. We are a work in progress. The guys are buzzing to be away and building culture,” said Kriel.

He made the point that the Lions are not in Dublin just to make up the numbers but to turn their season around.

Time for revenge in Europe

So far, local teams have been poor in the United Rugby Championship
Life
13 hours ago

The fullback, who was forced to retire early from the game due to injury, played 14 Tests for SA
Sport
2 days ago

Odendaal still with the Lions for now