Ukraine and Russia: what you need to know right now

As Russian forces close in on Ukraine world powers are taking co-ordinated measures to confront Putin, but so far it has not been enough 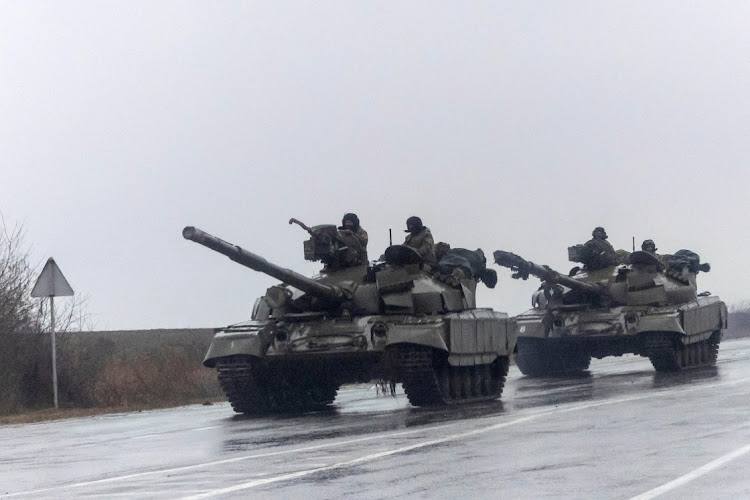 Here’s what you need to know about the Ukraine crisis right now:

• Russian forces have fired missiles at several cities in Ukraine and landed troops on its coast on Thursday, officials and media said, after President Vladimir Putin authorised what he called a special military operation in the east.

• Putin says his aim is to demilitarise and ‘denazify’ Ukraine.

• Gunfire was heard near the Ukrainian capital Kyiv. Ukraine said Russia was shelling across Ukraine all the way to the western Lviv region.

• The EU will impose new sanctions, freezing Russian assets, halting access of its banks to the European financial market and targeting “Kremlin interests” over its “barbaric attack”, senior officials said on Thursday.

• US President Joe Biden said the US and its allies would impose “severe sanctions” on Russia.

• Moldova declared a state of emergency. Dozens of cars were queuing on its border with Ukraine, according to Moldovan media websites.

• Russia suspended movement of commercial vessels in the Azov sea, but kept its ports in the Black Sea open for navigation, its officials and five grain industry sources said.

• Biden met his G7 counterparts on Thursday to map out more severe measures against Russia. Biden called Putin’s move against the Ukraine “a premeditated war”.

• EU leaders will discuss a further sanctions package on Russia at an emergency meeting later on Thursday, the EU said in a statement.

• Nato ambassadors are to hold an emergency meeting on Thursday.

• UN Security Council to discuss a resolution condemning the invasion.

Russian forces roll into Ukraine, marking the biggest attack by one state against another in Europe in almost 100 years
World
6 hours ago

How the Ukraine crisis has hurt Russia’s richest

The fortunes of the country’s billionaires tumbled $33bn in 2022, and escalating conflict in Ukraine is likely to lead to greater wealth destruction
News
1 day ago
Next Article