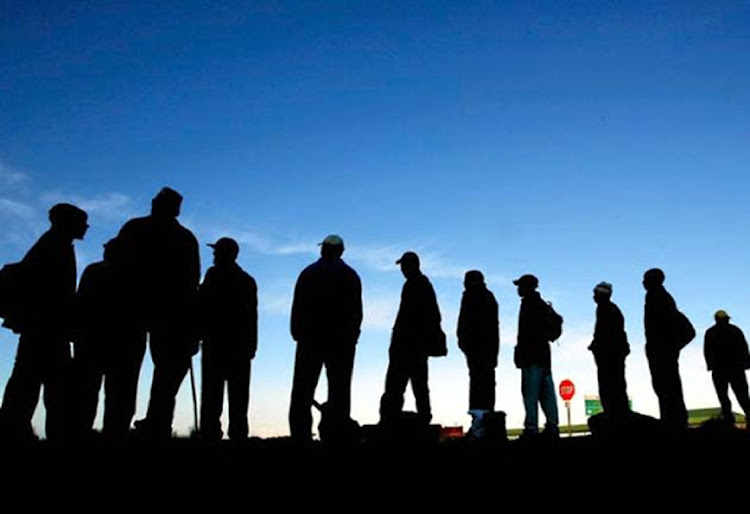 President Cyril Ramaphosa says the high unemployment number keeps him awake at night. It is good to know he is thinking about the problem. We have good news for him. We have the answer. If the president follows our advice the unemployment rate will go down faster than he ever could imagine.

We call upon the president to allow unemployed people to negotiate basic conditions of employment and wages with potential employers outside the ambit of the labour laws. This must be put to the test for a minimum of two years. It would give unemployed people a chance to enter the labour market and gain work experience and skills.

For the proper administration of our proposal we ask the  government to pass a law that legalises the Job Seekers Exemption Certificate. A simple and quick method must be implemented for those who want to work to apply for a certificate and receive one immediately. The municipalities are closest to the people, and they should have the job of issuing these certificates.

The certificate will be a legal document that releases long-term unemployed people from the shackles of unemployment. It will do that without affecting the protection the labour laws give to those who are already employed.

The exemption will not harm the people who already have jobs, including members of labour unions. The concept has been especially crafted to ensure it does good and does no-one any harm.

If this solution can be implemented, Ramaphosa is guaranteed to sleep more peacefully at night. At the same time, this proposed solution has the potential of restoring the dignity of the unemployed and give the economy a big boost.

The president has nothing to lose and everything to gain — including a good night's rest!

JOIN THE DISCUSSION: Send us an email with your comments to letters@businesslive.co.za. Letters of more than 300 words will be edited for length. Anonymous correspondence will not be published. Writers should include a daytime telephone number.​

A welfare state will collapse public finance and the narrow business sector that exists, writes Isaah Mhlanga
Opinion
3 days ago

Godongwana accused of skirting the issues of national debt, jobs and public-sector pay
National
1 day ago

About 15-million people live below the food poverty line and unemployment is at 46.9%
Opinion
3 days ago

LETTER: How job reservation is going to tackle unemployment is a mystery

LETTER: A dawning in a new dawn

LETTER: How job reservation is going to tackle unemployment is a mystery

LETTER: A dawning in a new dawn