Godongwana pushes for a cut in public sector wage bill 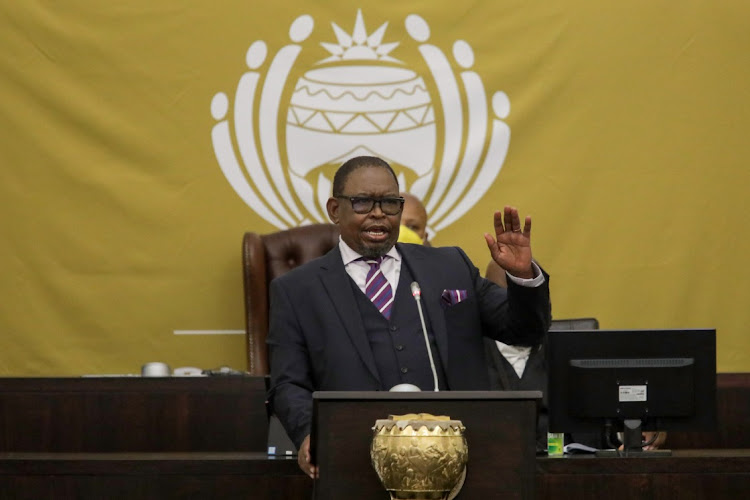 Finance minister Enoch Godongwana has called for public sector wage restructuring as the government moves to reduce the risk to the improved fiscal outlook.

“We need some wage restructuring of some kind. What is in my head is to reduce the amount of money we allocate for the wage bill,” Godongwana said during a media briefing ahead of the budget speech in parliament.

By restructuring, Godongwana said it doesn’t necessarily mean reducing the headcount, but avoiding higher than inflation increases. He said these are modalities which will be discussed with public sector unions during a summit at the end of March.

The public servants’ salary bill is one of the biggest threats to SA’s finances, and successful efforts in slashing it are vital for the country to claw back fiscal stability.

While trade union federation Cosatu, a key ANC alliance partner, has backed President Cyril Ramaphosa’s efforts to clean up the government, it is not on the same page about the push to slash the wage bill. The union previously said it condemned the government’s fixation on singling out the public sector wage bill and its “deafening silence” regarding wastage, corruption and fruitless expenditure incurred through the huge outsourcing of public service functions.

With its popularity waning, the ANC could come under increasing pressure to appease unions ahead of the national polls in 2024.

“A public sector labour summit is scheduled to take place as from March 28 to 31.  This summit is an important opportunity for stakeholders to engage on building a sustainable public service and remuneration guidelines,” the minister said.

In budget documents, the Treasury highlights that the 2021 wage agreement awarded employees a non-pensionable cash gratuity. In the absence of  a new agreement, the same gratuity will be paid in 2022/2023, which is provided for in the 2022 budget.​

“As indicated in the 2020 budget, compensation baselines will grow at the rate of inflation from 2024/2025. Should collective bargaining result in salary adjustments that exceed compensation ceilings, reductions in headcount will be required. Treasury also warns that an adverse decision by the Constitutional Court in the case relating to the 2018 wage agreement could significantly increase compensation costs.”

The Treasury detailed the worrying increase of public sector wages over the years. Compensation spending for national and provincial government grew by 7.3% on average for the period 2014/2015 to 2019/2020, compared with 6.8% average growth in non-interest expenditure.

Broadly, over the medium term the bulk of the spending is allocated to learning and culture (R1.3-trillion), social development (R1-trillion) and debt service costs (R1-trillion).

Over the medium term, after budgeting for debt service costs, the contingency reserve and provisional allocations, 48.8% of nationally raised funds are allocated to national government, 41.4% to provinces and 9.8% to local government.

Total consolidated government spending will amount to R6.62-trillion over the next three years, and the social wage will take up 59.4% of total non-interest spending over this period.

Fiscal intervention needed, but the details of a plan are still being discussed, says Godongwana
National
1 day ago

All social grants will be reviewed, says Enoch Godongwana

Education department a key beneficiary of the tax windfall

Government sets aside R57.1bn for schooling and tertiary education and, of this, R32.6bn is earmarked for the National Student Financial Aid Scheme
National
1 day ago
Next Article