Russian forces roll into Ukraine, marking the biggest attack by one state against another in Europe in almost 100 years 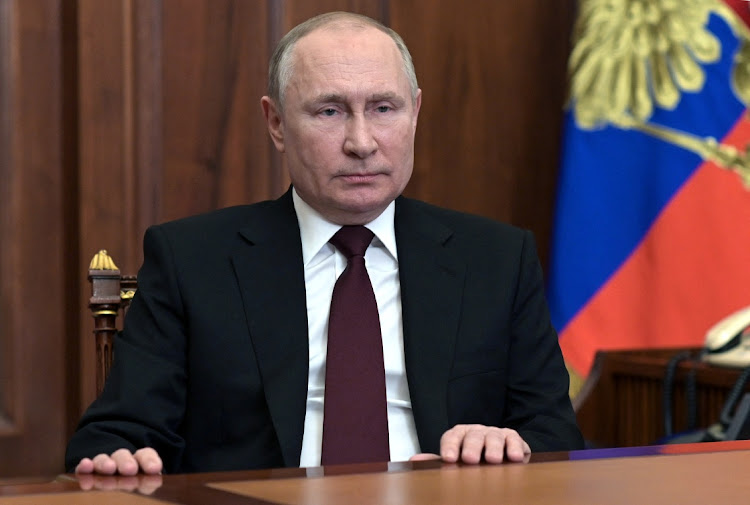 Moscow/Kyiv —  Russian forces invaded Ukraine by land, air and sea on Thursday, confirming the worst fears of the West with the biggest attack by one state against another in Europe since World War 2.

Russian missiles rained down on Ukrainian cities. Ukraine reported columns of troops pouring across its borders into the eastern Chernihiv, Kharkiv and Luhansk regions, and landing by sea at the port cities of Odessa and Mariupol in the south.

Explosions could be heard before dawn in the capital Kyiv. Gunfire rattled out near the main airport and sirens blared across the city.

“Putin has just launched a full-scale invasion of Ukraine. Peaceful Ukrainian cities are under strikes,” Ukrainian foreign minister Dmytro Kuleba said on Twitter. “This is a war of aggression. Ukraine will defend itself and will win. The world can and must stop Putin. The time to act is now.”

EU foreign affairs chief Josep Borrell said: “These are among the darkest hours of Europe since the Second World War.”

A resident of Ukraine’s second largest city Kharkiv, the closest big city to the Russian border, said windows in apartment blocks were shaking from constant blasts. Kharkiv was gripped by panic as people tried to flee, said the resident, who asked not to be identified.

Ukraine’s military said it had destroyed four Russian tanks on a road near Kharkiv, killed 50 troops near a town in Luhansk region and downed six Russian warplanes in the east.

Russia denied reports that its aircraft or armoured vehicles had been destroyed. Russian-backed separatists claimed to have downed two Ukrainian planes.

In a televised declaration of war in the early hours, Putin said he had ordered “a special military operation” to protect people, including Russian citizens, subjected to “genocide” in Ukraine, an accusation the West calls absurd propaganda.

“And for this we will strive for the demilitarisation and denazification of Ukraine,” Putin said. “Russia cannot feel safe, develop, and exist with a constant threat emanating from the territory of modern Ukraine ... All responsibility for bloodshed will be on the conscience of the ruling regime in Ukraine.”

US President Joe Biden said his prayers were with the people of Ukraine “as they suffer an unprovoked and unjustified attack”. He promised tough sanctions in response, and said he would swiftly consult with other world leaders.

The prospect of war and sanctions disrupting energy and commodities markets posed an immediate threat to a global economy barely emerging from the pandemic. Stocks and bond yields plunged, while the dollar and gold rocketed higher. Brent oil surged past $100 a barrel for the first time since 2014.

“There are no buyers here for risk, and there are a lot of sellers out there, so this market is getting hit very hard,” said Chris Weston, head of research at broker Pepperstone.

Ukraine, a democratic country of 44-million people, is the biggest nation in Europe by area after Russia itself. It voted overwhelmingly for independence from Moscow after the fall of the Soviet Union and says it aims to join Nato and the EU.

Putin, who denied for months that he was planning an invasion, has called Ukraine an artificial creation carved from Russia by its enemies, a characterisation Ukrainians call shocking and false.

Three hours after Putin gave his order, Russia’s defence ministry said it had taken out military infrastructure at Ukrainian air bases and degraded its air defences.

Earlier, Ukrainian media reported that military command centres in Kyiv and Kharkiv in the northeast had been struck by missiles, while Russian troops had landed in the southern port cities of Odessa and Mariupol. A Reuters witness later heard three loud blasts in Mariupol.

Russia announced it was shutting all shipping in the Azov Sea. Russia controls the strait leading into the sea where Ukraine has ports including Mariupol. Ukraine appealed to Turkey to bar Russian ships from the straits connecting the Black Sea to the Mediterranean.

People queued to withdraw money and buy supplies of food and water in Kyiv. Traffic was jammed going west out of the city of 3-million people, towards the distant Polish border. Western countries have been preparing for the likelihood of hundreds of thousands of Ukrainians fleeing an assault.

By midmorning, traffic was at a standstill on the four-lane main road to the western city of Lviv. Cars stretched back for dozens of kilometres, witnesses said.

Oxana, stuck in a traffic jam with her three-year-old daughter on the back seat, said she was fleeing “because a war has started. Putin has attacked us. We’re afraid of bombardments. This is so scary.”

Biden, who has ruled out deploying US troops in Ukraine, said Putin had chosen a premeditated war that would bring a catastrophic loss of life and human suffering.

“Russia alone is responsible for the death and destruction this attack will bring, and the US and its allies and partners will respond in a united and decisive way,” said Biden, who spoke to Zelenskiy by telephone.

China, which signed a friendship treaty with Russia three weeks ago, reiterated a call for all parties to exercise restraint and rejected a description of Russia’s action as an invasion.

Ukraine closed its airspace to civilian flights citing a high risk to safety, while Europe’s aviation regulator warned against the hazards to flying in bordering areas of Russia and Belarus.